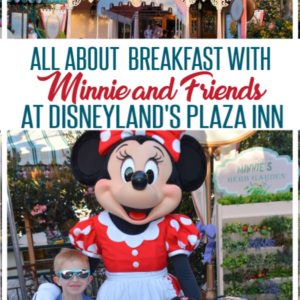 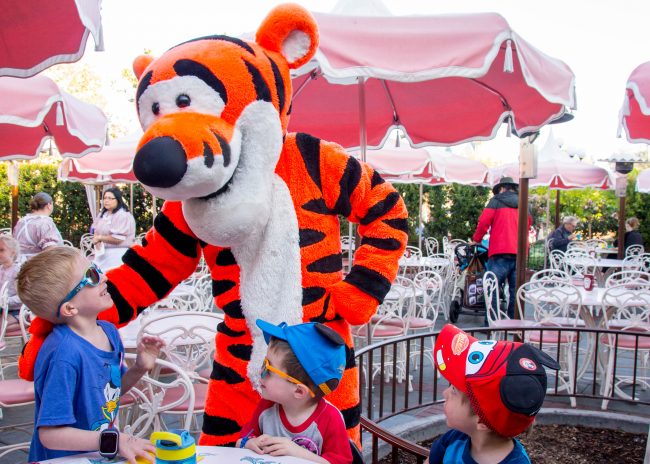 If you have read my blog for some time, you probably know that I am thrifty when it comes to our Disneyland vacations. Because of this, it took us a long time to do a character meal at the parks. But once we did them, I was hooked.

Is The Plaza Inn Character Dining Worth The Cost?

First, before we get into my favorite character meal, I want to talk a little about if the character dining options are worth the cost. This, like so many other decisions with your Disneyland vacation, has to be a personal decision. As someone who has always been budget minded, I never could figure out why people would want to spend money on a character dining meal when you can see the characters for free in the parks.

We decided to do a character dining option for the first time in March/April of 2013 when we took our niece and nephew to Disneyland and happened to be there on Easter. We booked Disneyland’s Plaza Inn Breakfast with Minnie and Friends as a special Easter treat. 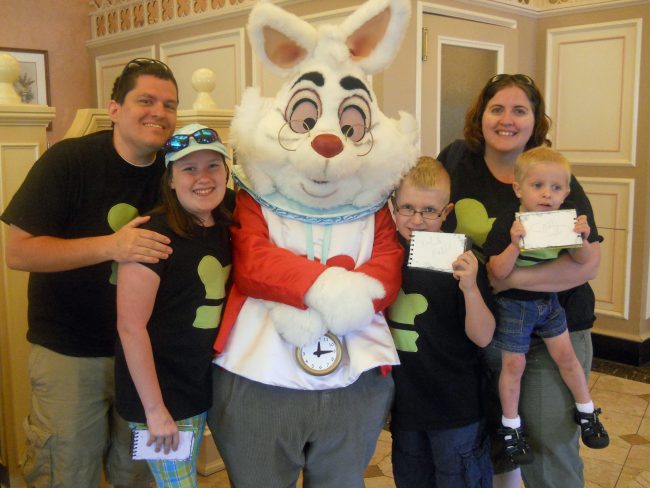 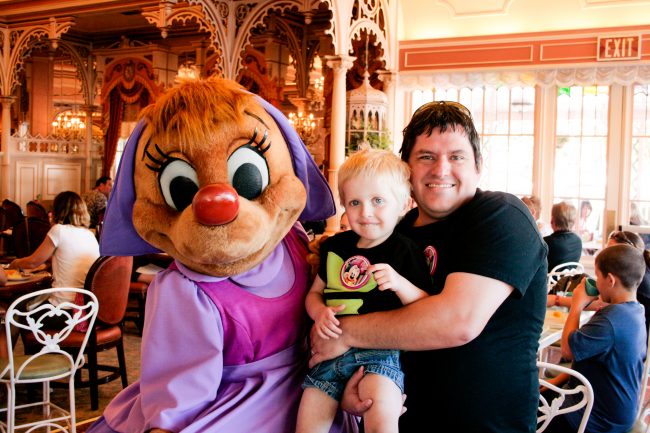 So now that I shared why we feel character dining is worth it, I want to share with you more details about my favorite character dining option- Disneyland’s Plaza Inn Breakfast with Minnie and Friends.

I love eating at the Plaza Inn for a few reasons.

First, I love that if I book in the earlier morning, there is a separate entrance to Disneyland park for those with reservations. Now, it used to be that you could make a reservation to eat before the park opened, and I loved doing that so we could go in and get a few quick pictures in front of the castle with nobody else in them, but sadly, this is no longer an option.

You can however book during a magic morning and go in through the special entrance and not use your magic morning. This means you can get most of the meal out of the way before official park opening. 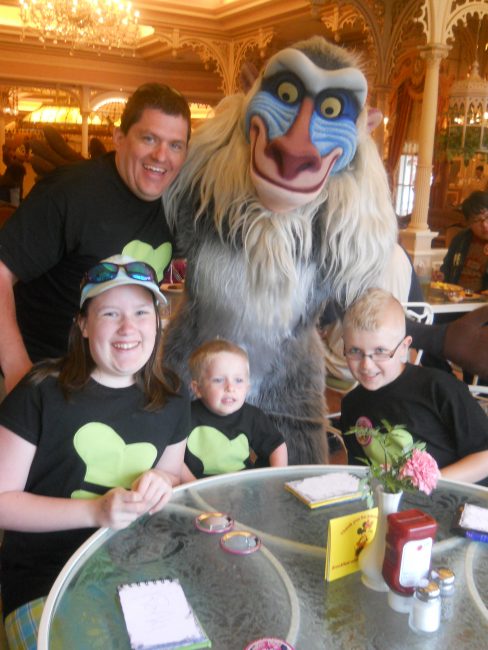 I also love the food at the Plaza Inn character dining. They have a great variety from pancakes and bacon, to fruit parfaits, and more. That fact that it is all you can eat is great too because we are usually full enough to skip lunch and just have a light snack. We have never had a bad meal at the Plaza Inn (any time of day) and breakfast was no different.

Regulars include Minnie, Chip, Dale, Pooh, Eeyore, and Tigger. Some of the more rare characters include Max (Goofy’s son), Hook, Fairy Godmother and some of the mice from Cinderella, the White Rabbit, and even Rafiki.

After meeting so many characters at breakfast, you will be able to focus on rides and other attractions the rest of the day. I have said many times that I have felt a bit disappointed at other character dining options because they have nowhere near the same amount of characters as the Plaza Inn breakfast.

I have always seen at least 10 characters at the Plaza Inn Breakfast with Minnie and Friends.

The best part about the character dining meals is not only the characters but the interaction that you get. We have had staring contests with Minnie (Minnie won) and been photo bombed by Tigger.

We have Hook teach us how to be a pirate and the Fairy Godmother talk to us about what it is like to grant wishes. We have had so much time to interact with the characters and while we do get to interact with them in the parks, this is a whole new level.

So you may want to know some information about the Plaza Inn breakfast with Minnie and Friends before deciding if this is worth it to you.

Cost- There are two levels of character meals at Disneyland. Regular and premium. The Plaza Inn breakfast is classified as a regular character meal (though I found it more delightful than the premium ones).

The cost of the Plaza Inn character dining is $36 per adult (10+) and $19 per child (3-9) as of March 2018, but you will need to add tax and gratuity. Children 2 and under are free, but be sure you include them in your party count when making your reservation so they have somewhere to sit. 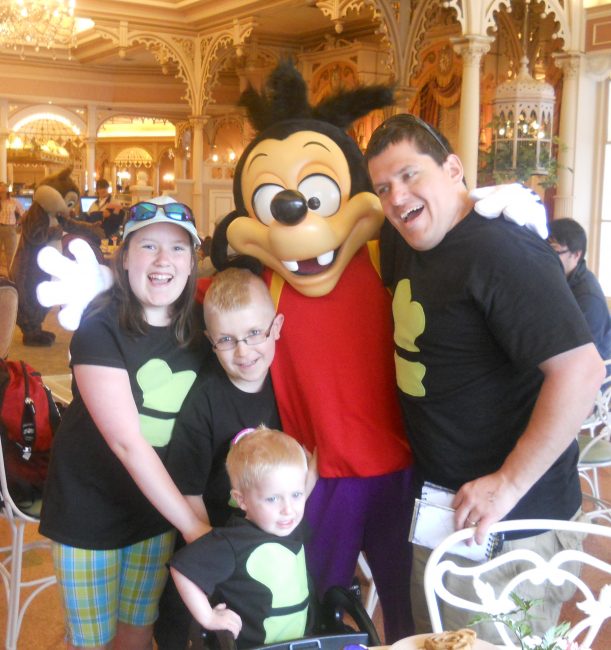 Reservations- I highly recommend making reservations as early as possible to get your preferred time frame, but as with most Disneyland dining experiences, you could probably get a reservation as late as a week or two before.

Disneyland Resort opens reservations 60 days in advance. To make dining reservations you can use the Disneyland app, go online or call 714-781-DINE (3463).

Photos- If you have purchased MaxPass your picture with Minnie as you enter the restaurant will be included or you can purchase this photo separately at the breakfast. MaxPass may be required to show their confirmation email.

Autographs- Bring your autograph books. The characters will be happy to sign them. This is a great way to fill up some of those pages in a short amount of time.

Time- Character dining does take a good amount of time (but like I mentioned before, you kind of make that up by not having to wait in character lines). Plan on a good 60-90 minutes for your meal. You may take less time, but this way you don’t have to rush. 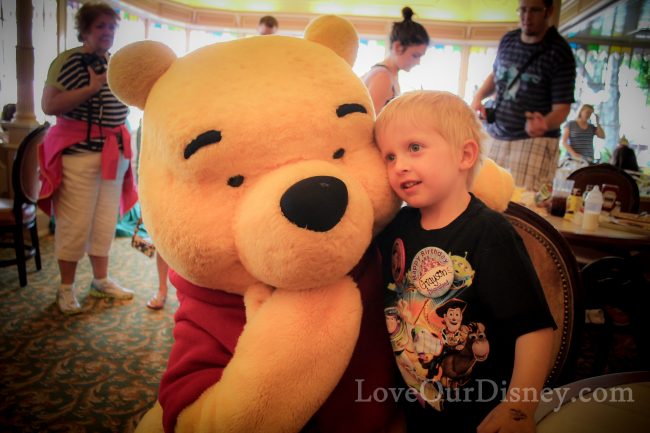