The Disneyland Lockers and Picnic Area are some of the most important parts of the park, in my humble opinion.  As a huge fan of Disneyland, I always want to make the most of our time there and save as much money as possible.  One of my favorite ways to save is to take advantage of the picnic and Disneyland lockers areas.  Below, you’ll find out more about my favorite parts of the park and why! 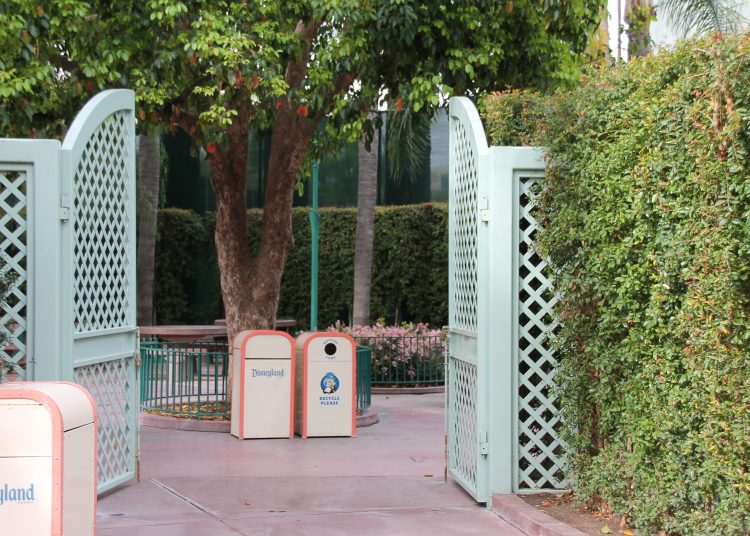 Disneyland Lockers and Picnic Area: What You Need to Know

This is one of our favorite ways to save money on our time in Disneyland.  There are so many great ways to take advantage of this little perk in the park! One of the best ways to save money at Disneyland is by bringing in your own food. With that, my family loves to utilize the picnic area in Disneyland to not only get in a good, filling, affordable meal but to give us a short break from the parks.

Where Is The Picnic Area in Disneyland

If you are coming from the trams, turn left after the Tram loading area, and you will see a break in the bushes to enter the picnic area.  The lockers and picnic area are outside the parks, at the edge of the esplanade before Downtown Disney. They are surrounded by bushes, but you can walk past the Lost and Found, lockers, and bathrooms, and through the gates, when coming from the parks or Harbor Blvd.

What is available in the Disneyland Picnic area?

The Disneyland picnic area includes picnic tables and benches, as well as some Disneyland lockers.  What I love about these lockers is the size. They are much larger than that lockers throughout the rest of the resort. In fact, the large lockers can easily fit a carryon bag in them.  This is ideal if you are going to be there for just a few hours before leaving town, or if you like to pack an extra change of clothes or extra food.

How to use the Disneyland lockers

You can see the kiosk where you go to get the lockers right beside the lockers themselves.  You can pay with cash or a credit card, so super convenient for everyone.  There are both large and extra large lockers here that are either $12 or $15.  Don’t assume you’ll need an extra larger locker.  They are a pretty decent size, so we can easily fit a hard-sided cooler with a bag of food as well as sweatshirts and other sundry items in just the large locker.


Things to remember about using the lockers and picnic area

Remember, you do not want the lcokers in the esplenade if you plan on taking a large cooler. You also can not use the lockers in the park. Hard-sided coolers will not be allowed past the gates. They are one of many items “banned” from Disney parks.

We have used both the large and extra large lockers. Normally for us, a large locker is plenty big. We usually take in sandwhich fixings, fruits and veggies, some cold drinks, paper plates, and all the esesstials, and have no problem fitting it in.

However, when we have gone with our friends and their five kids, we needed an extra large locker. With 12 of us (8 kids)  we needed a lot of snacks, and a lot of food since we would eat both lunch and dinner out at the picnic area. SO- we purchased an extra large locker for the day for $15.  The $15 was worth it when you consider the cheapest meals run approximately $7/person (hot dog with chips and small soda). We saved more than that easily, within our first meal.

Why we love Disneyland’s Picnic Area

Now, a lot of people wonder about the picnic area. You may have been to other parks, where the picnic area left a lot to be desired? Well, I love Disneyland’s picnic area. It is very clean, quiet (except once in a while when the monorail goes overhead or you hear the cap gun go off from the Jungle Cruise) and you still get to hear the music playing so you still have that Disney feel. They have recycling bins, lots of shade, drinking fountains to top off your frozen water bottles with some non-frozen water, and it just feels very relaxing there. 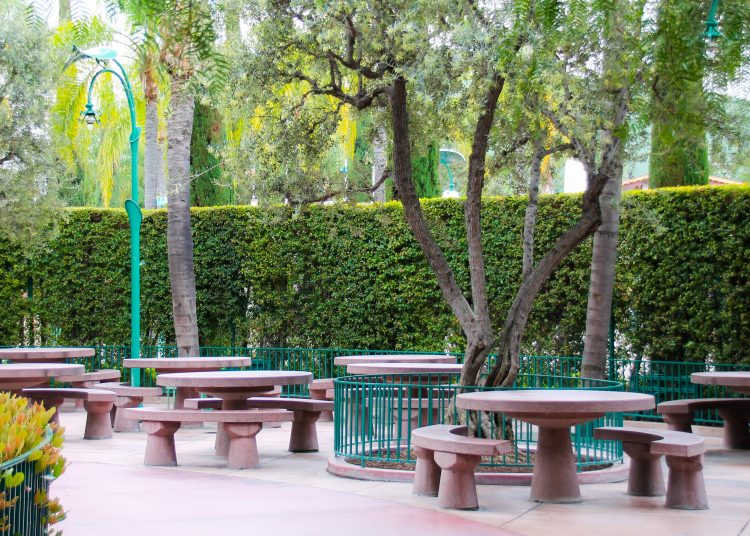 A little background on how we decided to use the picnic area. In 2007, the first day we went to Disneyland, with our friends we took a small cooler- and ended up getting a locker. It wasn’t really planned, but yeah, that is how it worked out. That day was great, and while at the end of the day our feet hurt from walking so much (which none of us were used to), and just all the excitement of the park, we lasted the entire day.

The next day, our friends with the 5 kids didn’t come, but my parents did. They drove to the park (where as we had walked the day before). So, instead of pay for a locker, we put the cooler in the car and came back to the vehicle for lunch. Something happened, we didn’t make it through the entire day. As we rode the tram back to the parking garage, we realized how tired we were, how much our feet hurt, and we ate, and went back to the tram, now sore and barely able to move (all of us). So we only stayed a few more hours in the park.  We didn’t think  much of it since we had done so much, but when we didn’t leave the park the next day we went, we again, made it the entire day. Our final day, once again, we returned to the car, and we decided to leave right then. It became clear that sitting, and leaving the excitement of Disneyland was a cue to our bodies that it could let us know it was tired.

While using the Disneyland lockers and picnic area outside the park is one of our favorite ways to save money, there are tons of other great tips we have to share.  Check those out below!

7 Tips for Planning a Last Minute Trip to Disneyland

How to Go to Disneyland for Cheap Next Year

Disneyland Planning: How Many Days to Spend at Disneyland

We use cookies to ensure that we give you the best experience on our website. If you continue to use this site we will assume that you are happy with it.OkPrivacy policy